We only make reservations for groups of 10 or more. Please email us on rental@baisikeli.dk – Let us know how many bikes you need and what dates and times you wish to collect and return the bikes.

Bike Rental Copenhagen is the way to enjoy Copenhagen on Two Wheels, Whilst Helping Fight Poverty in Africa! Locations in central Copenhagen.

Baisikeli is working to develop the bicycle industry in Africa. Bicycles are an important means of transport in poor areas, helping the local population to increase their income and to access education and medical assistance.

Baisikeli are collecting bicycles in Denmark and sending them to Mozambique, where they are repaired and sold. The money from our bicycle store and rental is a carrying factor in collecting, packing and transporting bikes from Denmark to Mozambique. So far, we have sent more than 20,000 bikes to Africa. We are hereby supplying the local population with better bikes, whilst educating the next generation of bicycle mechanics in Mozambique. 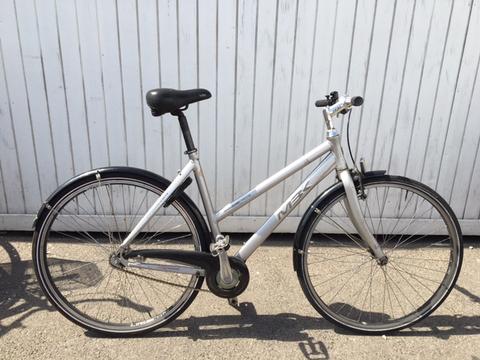 The budget bikes are great for short trips around Copenhagen. They are single speeded bikes similar to the standard bikes. If you are looking for a cheap ride to experience the centre of Copenhagen – this is your choice! The luxury bikes are the classical Copenhagen bike with 7 gears, an up-right riding position, built-in lights and a basket. If you’re going all out on a comfortable ride – this is your choice! The luxury bikes are the classical Copenhagen bike with 7 gears, an up-right riding position, built-in lights and a basket. These models are fitted with a childseat in the back carrying up to 22kg! Touring bikes are for the longer trips of 100 kilometers or more and are designed for touring in and around Denmark. They come with multible gears suitable for flat and medium terrain, rack for pannier bags, bottle-holder, antipuncture tyres, disc brakes, a sturdy folding lock, pump and a mini repair kit. LIghts are included in the price, but the Pannier bags are against an extra charge. City bikes made specially for children. We have a large variety of sizes for both boys and girls! This is the perfect choice for the experienced mini-biker. The family bikes are the typical Copenhagen cargo bike with three wheels in which an adult easily can transport two children or one adult around town. We offer Christiania-bikes which is the classic Copenhagen cargo bike. This bike comes with a bench and a seatbelt installed and rain-covers are available for rent. This is the real Copenhagen-expirience. 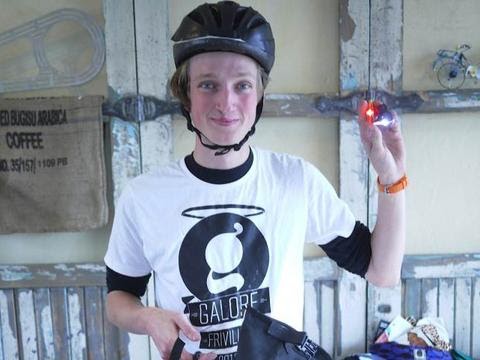 At Baisikeli you can also rent helmets, lights and pannier bags. All of our bikes come with locks already equipped. Our standard and budget bikes do not come with lights fitted on, but you can rent a set of mini-lights in our rental shop or buy them at our sales shop.